A temporary escape from the turmoil and upheavals of the current news cycle:

My brief tour of the Real Japan.

Excuse the relatively unprofessional quality of the video. Technology isn’t really my thing 😊

chaos is beyond reasoned debate.

If one pays close note to anything the left says or seeks to implement, one finds a consistent theme. Virtually all polemics of the left boil down to an accusation that anyone not acting in accordance with their worldview and dictates is, “selfish.” Now, not only is wanting increased income “selfish,” but so is not wearing a mask or desiring to work when a politician commands us not to. Related to this projecting nonsense is the left’s obsession with “greed” — an attribute they never see in themselves as they seek more power and try to impose their entire worldview upon everyone else. In this view, Donald Trump was automatically “greedy” for accumulating billions but Nancy Pelosi was kind and and caring while only having millions and imposing edicts upon the population.

Many years ago, I sought to define greed. I think the following is a more accurate appraisal of the concept than what is commonly tossed around today as a means to signal one’s virtue:

when one's lust for material gain or power surpasses a point where their intentions, actions, and interactions are peaceful, honest, and responsible.

By this definition, the mere -- normal -- desire to succeed, excel, and acquire is not “greed” no matter how wealthy or accomplished one may be. And, of course, one can be “poor” and exhibit all the typical attributes one conjures in one’s mind when imagining “greed.”

Most business people are not “greedy,” but many politicians surely are. In the end, the pathological and morally corrupt attributes defined above as greed are standard behavior amongst those who seek to impose their will through compulsion and thus increase their power and authority over the lives of others. Artists and entertainers may not be greedy (although many certainly are) but there are many who are self-absorbed to the point that they reach a similar threshold of weak character.

Leftist pontificator (and film director) Oliver Stone once had his straw-man character Gordon Gecko (in the movie, “Wall Street”) proclaim that “greed is good” while preaching a litany of cliche’s that have nothing to do with the normal human desire to excel and improve their living standard and lifestyle.

Some people want a new yacht. I want a new iPad. Another person may want new underwear. To determine “greed” based on what someone else wants and is able to acquire is ultimately as accurate an appraisal of greed as that of chastising a child for wanting another cookie.

If anyone is truly selfish, it is the idiots who keep demanding that we submit to their schemes of imaginary nobility while they pursue lives lacking in self-reflection.

I hope I can get a new iPad next year...and the fact that some people own the company that makes them is irrelevant.

# posted by Promethean Antagonist @ 9:26 AM 0 comments

The Rare Attribute of Substance and Integrity in Public Office

Aside from looking a bit like a cartoon bear, William Barr is an excellent Attorney General

The Constitution vs. The Lockdown

This Corona Virus nonsense at least affords a clearer insight into what the two American political parties (generally) represent.

# posted by Promethean Antagonist @ 8:58 AM 0 comments 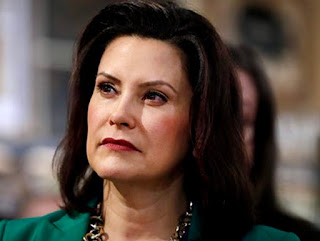 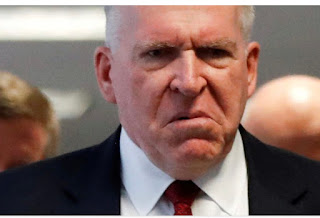 When Self-government and Representative Constitutional Government are no longer the Standard:

I hope the people of Australia are noting the faces (surveillance?) of these cops.

I counted 5-6 cops harrasing a mother with a sign. One thing is certain. These fools have instilled in that kid a permanent hatred for cops — nice goin.

The nonsense about “only following orders” stopped having any value after the Nuremberg trials.

Being Against “The Man”...Until The Man is Your Guy

When observing contemporary politics, I’m rather amazed by the leftist “revolutionary” types who have become tacit supporters of the system — “The Man.” They’re in virtual lock-step obedience to every establishment institution in the country, from social media oligarchs to deep state intelligence agencies.

While I was growing up it was always the conservative traditionalists who supported the status quo, apologized for the inevitable flaws of those in power, and resisted those seen as contrary and disruptive.

Something rather odd has occurred of late in how people align themselves politically and the recent “viral” event (no pun intended) has made it even more obvious. Those who support heavy-handed “shutdowns” and punitive measures against those who disobey the state, are now more than likely to be those on the left. If one is skeptical regarding the threat posed by the virus and is opposed to the heavy-handed nature of some states’ shutdowns, they are likely to be conservative.

I think this odd polarity still holds true even if one removes Donald Trump from the equation (remember the “Tea Parties”). Leftists adored every regulation and punitive action under Obama. Government secrecy was their favorite — under Obama. Conservatives are now the rebels, opposing the state and its edicts. If one wishes to venture outside their home unmolested by drones or police officers they are now branded “fascists.” It’s funny to see even women, African-Americans, and gays branded as “Nazis” for holding a belief in free speech and open dialogue. The left is now the devout defender of speech codes, the “deep state,” the FBI, CIA, establishment media and any accomplice that seeks to enhance the authority of government in our lives.

I had really wondered how this happened. Why the switch in values? Of course there are a lot of people on the left who will simply take their position if it’s opposite that of the current president. If Donald Trump appoints a gay man to the ambassadorship of Germany (as he has done) or seeks an international agreement outlawing the persecution of gays (as he is currently doing), the left will still scream that he is somehow a “homophobe.”

I’d maintain that the left has always been authoritarian in nature, whether a mere “busybody” or full-on Marxist thug. Beneath their rebel costume there has always been someone who opposed The Man because they wanted to become The Man.

I’ve concluded that the reason for the left’s new-found love for the current system is that they have now thoroughly permeated it. They can’t quite bring themselves to acknowledge that yet but they know they have more than a foot in the door. One might suggest that Donald Trump is the only thing remaining that has not been subverted to their ends. From elementary school through the academy, education has become a mere exercise in identity politics, major media sources are dominated by leftists, and where conservatism does exist, powerful forces in social media seek to crush any voice that strays off script from leftist orthodoxy. In the arts and entertainment the same stale Marxian conformity and demand for obedience.

The left now defends bad actors in the intelligence community, governors with draconian rules over daily life, and the dishonest crackpots of CNN and MSNBC, because they recognize that they are all manifestations of the “revolution’s” success. They are all on the same page regarding how the little people are to be ruled. Anyone opposed to the deep state or the opinions of establishment late night “comedy” is a counter revolutionary. The “revolutionaries” now run the system.

In the current virus hysteria, the left has come to realize how incredibly easy it is to confine compliant citizens to their homes. It’s no doubt that they would like to do the same thing as a response to the “threat of global warming.” This has thus far been a good test run.

Venezuela truly is the apparent model of things to come. In the end, the “revolution always eats its own.” They’ll no doubt be wanting an extra helping of stupid.

Why is it that the people who think we are equal feel compelled to force us to be equal?

Sympathy for the Devil

When nothing is left of The Left

The Cool Compliant “Rebels” of Leftland

The government is run by assholes...

And, the cool avant guard rebels of the left aren’t rebels at all. They’ll gladly lick the boot of state if its the boot they like.

Who would have guessed?